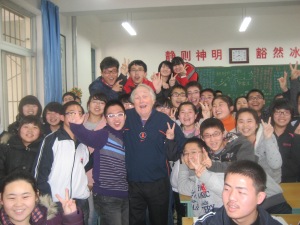 Mind droppings, quotes of the week and honor roll

– “If I have seen farther than others, it is because I have stood on the shoulders of giants.” Isaac Newton

-“Fuel efficiency- not the availability of a gun rack- is one of the top purchase considerations for all new vehicles. However if accessories for the Volt are that important to Mr. Gingrich, we’ll gladly send him a product brochure.” Chevrolet spokesman Rob Peterson, on GOP presidential hopeful Newt Gingrich criticizing governmental subsidies and the lack of space for gun racks in plug-in electric cars.

-“I am strongly in favor of common sense, common honesty and common decency. This makes me forever ineligible for any public office of trust or profit in the Republic.” HL Mencken.

-” A book is just a stranger talking brilliantly. He’s probably better company than you’ll meet in a saloon. After all, he’s probably sober and giving you the best hours of his day, and he’s forcing you to look at things in a new way and face new experience.” Wilfred Sheed

His 8 year old son was charged with unlawful possession of a gun and third degree after a gun he has placed in his backpack went off at his school and the bullet struck a fellow student. The student is still recovering from her wounds but is expected to have a full recovery. Mr. Cochran stated, ” I just want everyone to know that my kid made a mistake. It was a terrible mistake.” During a difficult time for his son, the innocent bystander and all other involved, Mr. Cochran could have taken the easy out and blamed everyone else but his own son, as many others have done in past in similar situations. Instead, he stepped up and accepted responsibility for his own actions and those of his son.

According to a recent story in The Chicago Tribune by Jennifer Delgado, fellow students at Maine West HS have rallied and supported each other as well as the families of the three above students who have all tragically passed away in last year. Volkmann suffered a heart attack, Valusescu died due to complications related to brain cancer and Wolf died earlier this month when he was struck by a vehicle. The  students helped support Volkmann and Valusescu during their times of trouble as well as their families and the students have rallied around each other at each turn.

Last year when the students learned that Valusescu’s condition was worsening and her family was struggling with the medical bills, they raised $18,000 to help. And they also stayed by her side in the hospital as much as possible.

Touchingly, during Volkman’s stay in the hospital after his heart attack last year prior to the school’s homecoming, his friends turned his hospital room into  his own “party” decked with the school colors.

The following is something we all could probably learn something from. Gina Valusescu, Stephanie’s mother, had this to say about the other students at the school, ” There’s a great thing going on at Maine West. When the worst things happen, they show the best of what people can be.”

Attached is a link to the full Trib story.

– Kimberly Hilligoss- For all that she does for me as a wife, all she does for our kids and our family. Besides  that, she is quite the cook. She really makes cooking fun!!!

– Donna Hilligoss- For being my mom and fighting the good fight.

– Robert Lee Hilligoss- For having the courage to fly to China for a month , sharing his time and thoughts on America with hundreds of hopeful Chinese high school students and climbing the Great Wall. Not too shabby for a 70-year-old retiree originally from little old Humboldt, Il. Hank says……..

– Heather Nelson and Dave Buerstetta- For helping me get my humble, meager blog off the ground. If it weren’t for you two, I would still be pacing the floor and mumbling to myself instead of putting pen to paper….yikes, that is the Luddite in me speaking, rest easy Kurt Vonnegut…… I meant fingers to keyboard.

– Bruce Springsteen– For remaining a creative, developing artist who puts out timely, relevant music. For being a 62-year-old performer who still gives it 100% every night and who was willing to live in the moment and climb the rafters at the Apollo Theater last Friday ……onwards to the Land of Hope and Dreams.