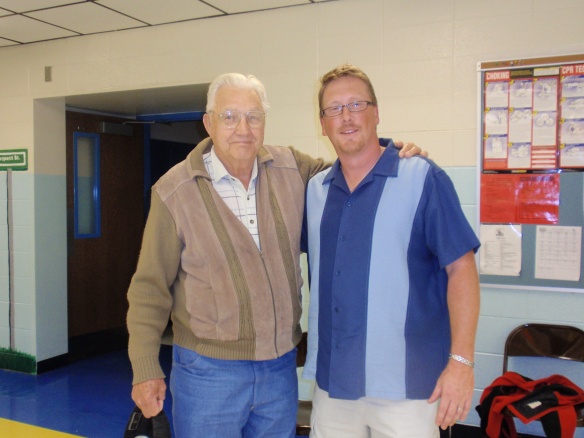 Though nothing can bring back the hour
Of splendor in the grass of glory in the flower
We will grieve not, rather find
Strength in what remains behind
Thanks to the human heart by which we live
Thanks to its tenderness, its joys and fears,
To me the meanest flower that blows can give
Thoughts that do often lie too deep for tears 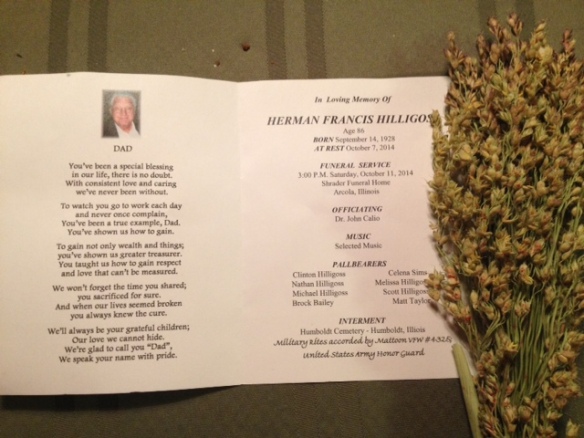 (This is an expanded version of comments I made at the funeral service for Herman Francis Hilligoss who passed away recently at the age of 86. Herman was my fraternal great uncle, brother to my grandfather Robert Samuel Hilligoss, and great great uncle to my two kids, Graham Ronald Hilligoss and Aurora Eva Rose Hilligoss whom we named respectively in honor of my deceased uncle Ronald Edwin Hilligoss and Eva Wright Hilligoss, out of respect to my grandfather and Herman and the rest of the family.)

In 1968, Simon and Garfunkel released their signature song, Mrs. Robinson. The song, originally titled Mrs. Roosevelt as an ode to Eleanor Roosevelt, shot to #1 on the record charts and later won them a Grammy. An earlier version was released the prior year as part of the classic movie, The Graduate. In the song, Paul Simon wrote the lyrics:

Where have you gone Joe Dimaggio

Our nation turns its lonely eyes to you

What’s that you say Mrs. Robinson

Joltin’ Joe has left and gone away, hey hey hey

Joe Dimaggio, who never suffered from a great sense of humor or irony, did not care for the lyrics or the song. Dimaggio told many friends, “I don’t know what he’s talking about, I didn’t go anywhere, I’m right here.” Paul Simon meant the lyrics as a tribute to the baseball legend and what he represented to so many. Simon later explained to Dimaggio himself at a restaurant that “the line was meant as a sincere tribute to his unpretentious heroic stature, in a time when popular culture magnifies and distorts how we perceive our heroes.”

When I consider the word hero, I think simply of someone you admire for one characteristic or another, someone you observe and say to yourself, there’s someone I can learn from and try to follow in their footsteps a little. I have a lot of heroes in my life, some famous from the world of sports like Lou Gehrig and Bob Gibson, musical artists and authors, but also some from friends and family around me. And Herman is one of those that I’ve admired over the years for his gentle nature, that twinkle in his eyes and his kindness. Empires rise and fall, dreams fall apart, farms fail, time passes, our lives are adrift, but kindness never fades. Herman’s kindness to me and everyone else will last forever. 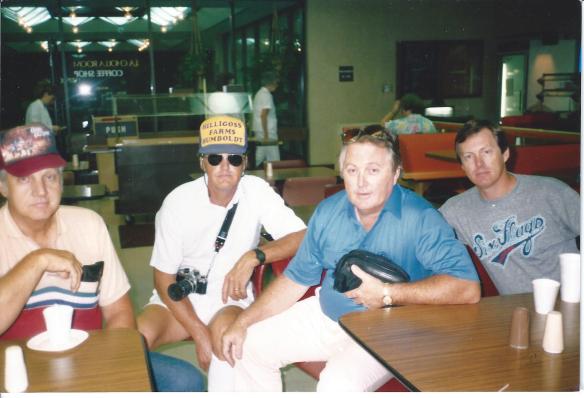 He was a humble and modest and good and decent man, a true gentleman, and one of the nicest people I’ve been lucky to have in my life.  He lived a quiet life, a decent life, a good life, a meaningful life filled with family and friends. He knew what was important in life and did the best he could to raise a fine family.The measure of a person can be counted in many ways, but one of the most important is how they treat others as they go through life. And Herman treated me like a friend and a grandson and for that I will forever be grateful.

Once he and I were talking about some of the trips he had taken over the last couple of years including to Hermann, Missouri to attend his naval reunion. I asked him if he had any interest in visiting any sites overseas like Rome or Berlin. He simply replied, “No, I’ve seen everything I want to see right here in North Okaw Township.” My exposure to Herman and Aunt Virginia started in childhood through family reunions held in Tuscola, Illinois and trips to see him at home either with my grandparents or with my father. Once my grandparents took me and my brother Sean with them in their RV during one of their annual trips from Phoneix back to Coles county amd we stayed in the RV which was parked across the street from Herman’s house in Silver Springs. One memory I will aways carry is for looking for worms in the dry earth so we could fish in the Flat Branch behind Herman’s house. Finding no worms, we used plastic worms which we kept losing to a snapping turtle swimming lazily in the brown muck. As I grew up and got older and while attending Eastern Illinois University in Charleston, I decided to go see my uncle and aunt on my own volition without being prompted by anyone else. I guess what kept drawing me back over the years, especially after my own grandparents passed away, was how Herman connected me to past generations and the land from which my family had come from. He was a tangible reminder of where we came from and who we are as people. Without a connection to our past, we go through life adrift, cut loose from what anchors us to our center. 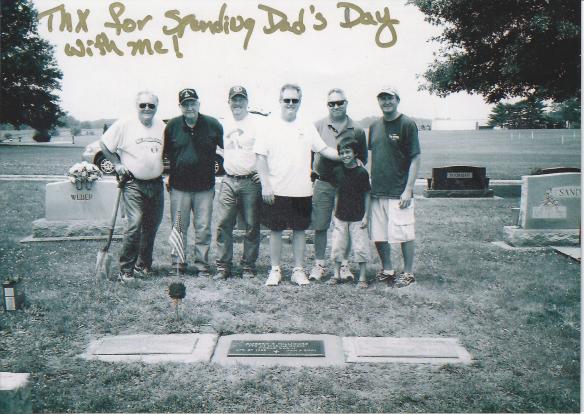 As we go through life, we collect a wide assortment of human souls around us, whether by blood or friendship, and once they are gone from us, they can never be replaced, no matter how much we try. Herman was many things in life to many people including a son, brother, husband, father, grand-father, uncle and father in law just to name a few, but what I will miss most is my friend. 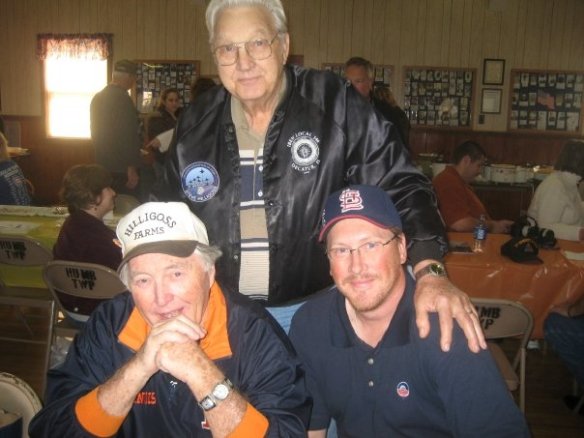 From Walt Whitman’s Leaves of Grass:

I depart as air…

I bequeath myself to the dirt to grow from the grass I love,

If you want to see me again, look for me under your bootsoles

But I shall bring good health to you nevertheless

Failing to fetch me at first, keep encouraged,

Missing me one place, search another

I stop somewhere, waiting for you.

While I know he’s no longer here on earth and his spirit has moved on, his love and the spirit of his memory will carry on because as a friend of mine likes to say, as long as we’re here and you’re here, then he’s here. As those around us that we’ve grown to love pass away, all we can do is take the best parts of them, those parts that we love and admire and pass them on to those that follow in our footsteps. In closing, instead of saying goodbye, I will just say, I’ll see you further on up the road my friend. 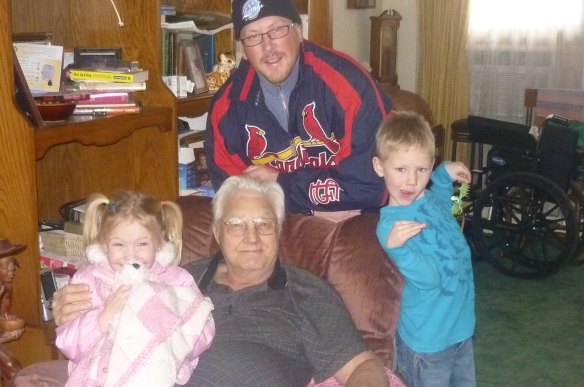 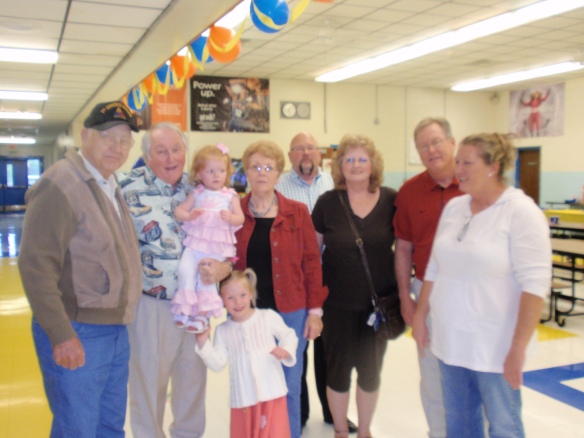